There are approximately 40 kinds of viruses, fungi, bacteria, and parasites on the list that the FDA has officially published. They are all dangerous pathogens and seriously affect human health. Many of them are highly contagious and have the potential to create pandemics worldwide. However, the FDA also identifies exactly 6 types of diseases that are dangerous, contagious, and have the most severe symptoms. So what are those big 6 foodborne illnesses? Let’s follow this article for more useful information.

Unlike hepatitis B, the hepatitis A virus does not cause chronic hepatitis, which is inflammation of the liver that doesn’t last more than 6 months and is very rarely fatal. A small percentage of deaths in the setting of acute liver failure. Hepatitis A can be completely cured in 2-4 weeks. Currently, there is an effective and safe vaccine against hepatitis A.

Symptoms of Hepatitis A

Some people can be infected with the hepatitis A virus without showing any symptoms. Children often have mild symptoms, while symptoms in adolescents and adults are often more severe. Common symptoms include:

How is hepatitis A transmitted?

In people with hepatitis A, the virus is found most often in feces, and also in saliva and urine. The main routes of transmission of the hepatitis A virus include:

In general, hepatitis A is not transmitted by blood because there is very little virus in the blood. The fecal-oral route is the main route of transmission of the disease. Eating contaminated food or food, drinking contaminated water, swimming in infected ponds or swimming pools, or sharing food, sharing personal items such as towels, towels, etc. with an infected person can transmit hepatitis A.

Prevention of hepatitis A

Currently, there is no specific treatment for hepatitis A. Instead, the main treatment regimen is still to ensure adequate nutrition and avoid permanent liver damage. Hepatitis A can be prevented by ensuring food hygiene and personal hygiene. As follows:

Several injectable inactivated hepatitis A vaccines are available worldwide. There is no licensed vaccine for children under 1 year of age. Manufacturers recommend 2 doses of the vaccine to ensure longer-lasting protection about 5 to 8 years after vaccination.

E. Coli (short for Escherichia coli) is a bacterium belonging to the microbial system of the human and animal body. They live mainly in the intestinal system and have the largest number in the body’s microbiome.

There are many types of E. Coli, normally they are not harmful but make an important contribution to helping the body digest foods that the stomach cannot digest. But when the body appears to be unable to create the right conditions for the entry and growth of certain groups of E. Coli, they have the ability to produce potent toxins and become one of the causes. the main cause of diarrhea, abdominal pain, and fever. The most common pathogenic E. Coli is E. Coli O157:H7.

Food poisoning caused by E. Coli is usually transmitted mainly through the gastrointestinal tract, from person to person or from animals to humans, through food, drinking water, dirty hands, personal utensils, utensils. Eating utensils are contaminated with bacteria. Common symptoms of common E. Coli infection include:

There are many causes of E. Coli infections such as:

Nontyphoidal Salmonella infection is a bacterial infection in the stomach and intestines. Most patients with mild infections clear up on their own in 4 to 7 days without treatment.

Most people infected with Salmonella have the following signs and symptoms 12 to 72 hours after exposure to the bacteria:

In rare cases, Salmonella infection can be fatal if the person is not treated promptly and correctly. However, there are some people who are infected with Salmonella, but because the body already has antibodies, the number of bacteria is small and the virulence of the bacteria is weak, so they may have digestive disorders for a few days and then go away on their own. A very small number of them become carriers of the bacteria, which can last for many months.

To prevent typhoid caused by Salmonella bacteria, people should follow these guidelines:

Norovirus is a highly contagious stomach and intestinal virus. It is easily transmitted through direct or indirect contact with an infected person. It can spread rapidly in areas such as hospitals, schools, and daycare centers. Most people can get a norovirus infection. This is a common disease of the stomach and intestines. Norovirus can also be a source of food poisoning, as you can get it from eating contaminated food.

After onset, symptoms persist for 24 to 72 hours. It is estimated that in some cases, about 30% of the virus causes no symptoms, which is common in children. However, if symptoms persist or there is blood in the stool, the person should see a doctor soon. Besides, frequent and profuse diarrhea can lead to dehydration, which is a medical emergency. Dehydration can be recognized by the following signs:

How is the Norovirus virus transmitted?

Norovirus leaves the body through the feces and vomit of an infected person. Norovirus spreads easily from person to person. People infected with norovirus are most contagious from the moment they first feel sick until at least 3 days after their symptoms disappear. People can get the virus from:

There is currently no vaccine to prevent this disease. However, following these steps can help keep the risk of infection to a minimum:

People with symptoms should stay at home. This is especially important if the patient works in the food service, health care, or education industry. Children who are sick are also not allowed to go to school, daycare, or participate in community activities.

Shigella are Gram-negative, shellless, hairless, motile, and non-spore-forming bacilli. This bacterium can cause gastroenteritis and bacillary dysentery in humans. There are four distinct groups of Shigella: Shigella dysenteriae, Shigella flexneri, Shigella boydii and Shigella sonnei. In an infected person, Shigella bacteria are excreted in the feces.

Some people have true shigella infections but have no symptoms. However, the germs (bacteria) will still be present in the stool and they can still pass the disease on to others.

However, most people infected with shigella usually show symptoms. Symptoms tend to appear within 1-7 days of exposure to the bacteria (eg, drinking contaminated or contaminated water, eating contaminated food). The time before symptoms appear is often called the “incubation period”. Symptoms are usually diarrhea (which will often contain blood and mucus – dysentery), abdominal cramps, and a high temperature (fever). Symptoms tend to last for about 5-7 days.

Symptoms can be severe in some people, especially the young and the elderly. Diarrhea can get worse and lead to a lack of body fluids (dehydration). You should consult your doctor promptly if you suspect you are becoming dehydrated. Mild dehydration is common and is usually easily reversed by drinking plenty of fluids. Severe dehydration can be fatal if not treated quickly because your body’s organs need a certain amount of fluid to function.

If you have shigella, the following is recommended to prevent spreading the infection to others:

If being treated early, patients infected with Shigella bacteria can recover quickly within 1-2 weeks. However, with severe forms of the disease, if not detected early and treated promptly, the disease can cause death due to complications. Therefore, when there are warning signs of gastroenteritis or dysentery caused by Shigella bacilli, the family should soon take the patient to the doctor for active and effective treatment.

Salmonella typhi or typhoid bacillus is the causative agent of typhoid. This is a gram-negative, motile, ciliated bacterium that does not produce spores in the external environment. Typhoid is a blood-borne infection caused by the bacteria Salmonella typhi. Most people in the United States get typhoid while visiting another country from eating or drinking contaminated food or drink. In developing countries, typhoid often causes epidemics.

Typhoid fever has different clinical manifestations depending on the patient. Typically, patients will experience the following symptoms:

Typhoid goes through many different disease stages. The first week from the onset of symptoms is a good time for treatment. Skipping this stage, the incidence of complications will be higher, such as meningitis, intestinal perforation, osteomyelitis, endocarditis, …

Typhoid is a preventable and limited disease if preventive measures are well implemented in the community. People need to coordinate with health workers to adhere to the following:

In addition to the definition of big 6 foodborne illnesses, the above article has also provided information about the causes, symptoms, and prevention of these illnesses. Hope you guys have more useful knowledge to protect the health of yourself and your family. 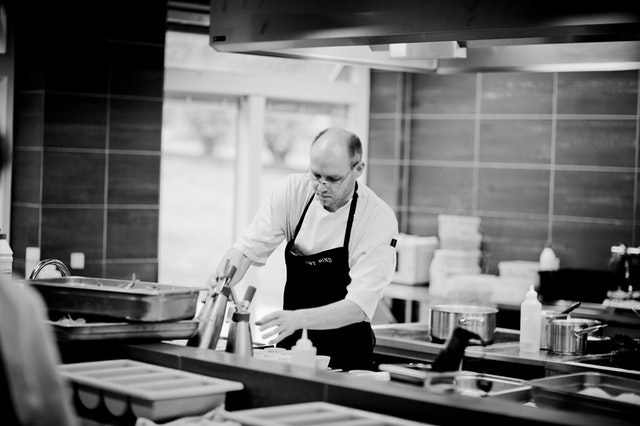 Do you seek a ServSafe Manager Practice Test that can be helpful for your preparation process? Let’s go straight in this article!

In this article, we will provide you with the most updated information about ServSafe Allergen. Let’s get started! 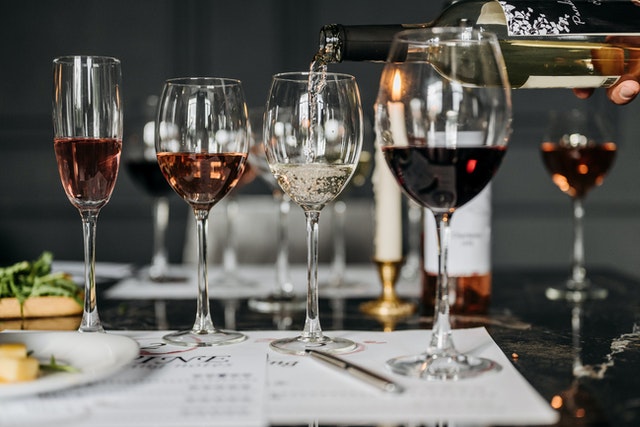 Alabama has its own alcohol laws that apply to all residents as well as expatriates. So what do Alabama alcohol laws include? Let's get started!